I Just Started a Publishing House

Some of you know this from snippets that've been leaking out, but now I'm coming out and clean and saying it how it is. A lot of people have told me for some time I should. Now, finally, I've worked out the way I want to do it, and I have. And I have the first two books coming out in November. 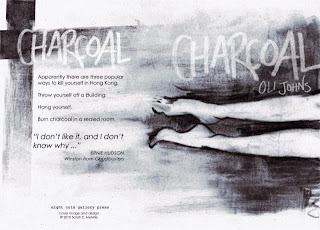 As you might expect, eight cuts gallery press is not like other publishing houses. To start with, we won't make a penny's profit from your book. 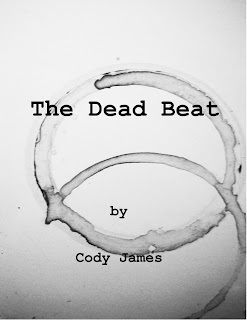 As you'd expect for part of my new project eight cuts gallery, the press will focus on a very narrow niche of books, within the contemporary urban fiction area if you had to put a genre to it. I would love to receive submissions, but like I say, this isn't a regular press. I'm only interested in submissions from writers who buy into what I'm doing (metaphorically, it's not a vanity press).

Which is what, exactly?

Well, first and foremost, I want to whip up a storm about the very best stuff that's out there, the kind of stuff I want to read, the kind of stuff that for one reason or another may find it hard to find a home in the mainstream. Our first two offerings, for example, are around 25-30,000 words. I'll also be bringing out poetry and short story combos. I also want to give the very best self-published works a chance to storm the major literary prizes that currently will not accept self-published novels.

So what are we about?

Here's a peek at those first two books. Click the title to read the opening chapter.


“Man, fucking Emeryville,” Lincoln said, pausing in his stride to hock phlegm onto the sidewalk.”
And so, for want of anything better to do, Adam and his meth addict friends end up in San Francisco, wondering where their place in the addict hierarchy might be, why no one has written a good book in over a decade, and what the fuck the comet might mean, when nothing on earth means anything.


And in a zip of light and a snort of meth the comet is gone, taking with it this last snapshot of earth for 3000 years, leaving Adam to wonder if it meant anything at all, or whether it was maybe just a bit cool that the sky looked different. Just for once. For the last time in his life.

“Apparently there are three popular ways to kill yourself in Hong Kong.
Throw yourself off a building.

Burn charcoal in a sealed room.”


Oli can’t stop reading Deleuze, only it doesn’t seem to make any sense. And he can’t stop thinking about suicide. And Camus. And that sort of makes sense. But only sort of. And then he meets a seventeen year-old girl on the internet and they meet regularly for mindless sex. Only it’s not enough to stop the anxiety. And the obsession with suicide, although he knows he’ll never kill himself. And then there was that Korean model, the one who killed herself in Paris. And that writer, the one he met online. The one who said she’d tried to kill herself three times. The one who wrote that book…
Posted by Agnieszkas Shoes at 07:55