A week is a long time in literature

There isn't a message to this post, nor is there a nice, easy take-away lesson. Hmm, maybe there is. And if there is it's this. Sometimes more seems to happen in a week than you ever imagined you'd pack into a year. Some weeks make it feel like your goals have shifted. No longer do you crave sales or accolades or recognition or whatever it is you thought you craved. Your one goal is one day, maybe, if you work hard enough and really earn it and have a lifetime's worth of luck all concentrated into one moment, you may once again achieve a full night's sleep.

It was always going to be a busy week. But I had no idea just how busy. Or how much fun it would be 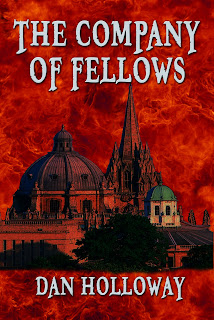 Just before the start of the week, The Company of Fellows (download here) reached the top 100 of the UK Kindle charts, and on Friday this week it hit the top 50. But I thought this was going to be a week where nothing really happened with this book. That was before Blackwell's held a readers' poll to find their favourite Oxford novel and I put a note about it on Facebook. And bam! People started voting, and voting. And despite the fact I wasn't in the original 15 choices, the book came out top. 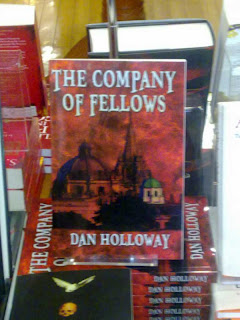 Blackwell's were fantastic. Rather than chuck out this random upstart, they embraced the book, and have given it a place front of house in their world famous Oxford store. Which meant going and handing over copies. 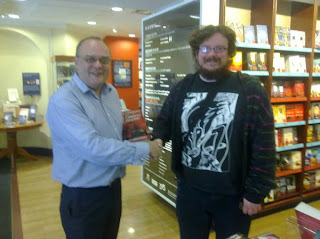 And doing an interview and photoshoot for The Oxford Times. 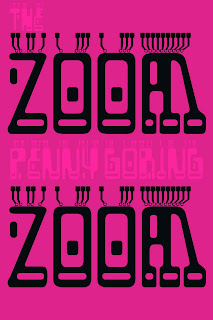 So, to what I knew I would be doing this week. On Wednesday eight cuts gallery published Penny Goring's The Zoom Zoom, bringing to a head a remarkable journey with Penny's work that began over 2 years ago, and in which she has developed into the most startlingly original and brilliant writer of her generation. The Zoom Zoom is a masterpiece, and as of Wednesday available for Kindle and in paperback. Getting the book absolutely perfect has taken up a huge amount of head space the past few months because the project is so important to me. 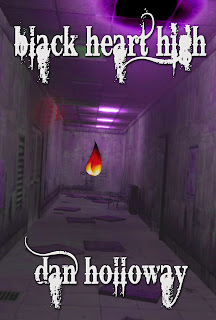 On the same day, I published my new book Black Heart High (available for Kindle for 70p), which marks the start of a new year-long project - a paranormal dark romance series of 25-30,000 word books that I'll be publishing once every two months for the next year.

And then there were the gigs. On Friday I got to read in Oxford at the launch of issue 6 of Structo Magazine, a wonderful broadsheet literary publication. It was a fantastic evening where I got to meet some amazing writers, and discovered a new star, the remarkable Conan McMurtrie. 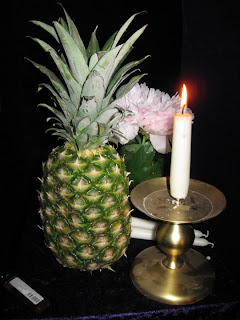 And then there was yesterday. Yesterday was *the day*. The New Libertines at Stoke Newington Literary Festival. And what a day it was always going to be. 12 writers. One band. Meeting the wonderful Jane Alexander and Stella Deleuze for the first time. A two hour gig at the fantastic, gothic and decked-in=purple-and-pineapple Baby Bath House. Only at the start of the week I had no idea just what that would involve. The panic over PA, the tube nightmare, the tacky floor and seating chaos. The end result was a sell-out performance to a wonderfully receptive crowd and some absolutely remarkable performances, including Penny's Bone Dust Disco officially launching the paperback of The Zoom Zoom.

Then it was across London by any means to catch up with my best friend and inspiration behind the New Libertines show, Cody James.

And this morning, to round out the week, I had the wonderful news that my piece In Paris and London has been accepted for "Defining Jane", a fantastic project by Stacey Yates, piecing together a life in words and photographs based on police reports of anonymous deaths.